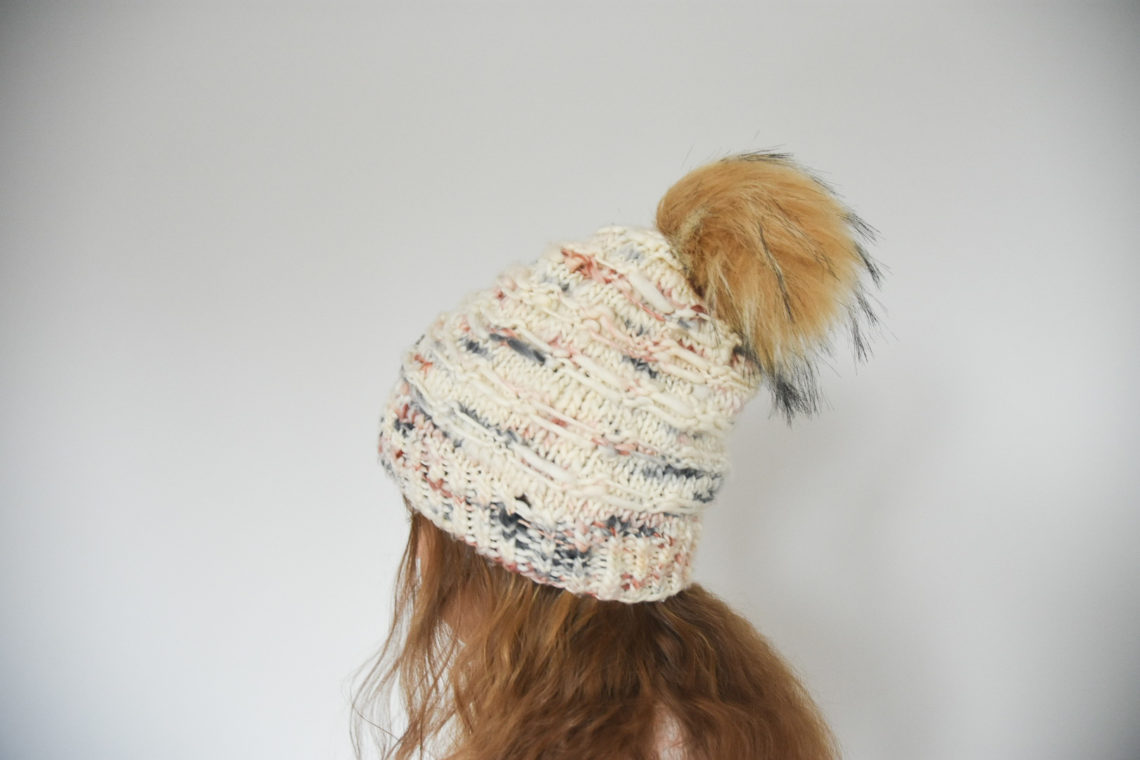 I’m a slow knitter… there’s no doubt about that! I think the last time I finished a knitting project was way back in January! What with all the renovations going on around here, last winter and spring I wound up focusing a lot more on reading. I didn’t mean for it to happen, but it did, and I’m starting to look back on the year and realizing that I haven’t really completed many projects. So I’ve been trying to pick up quick projects here and there to get me motivated again. Really these are meant to be little projects that I hope will be confidence boosters.

With these little projects I’ve been wanting to bust out the yarn I’ve previously been hoarding too. Since I don’t tend to buy yarn in large quantities unless I already have a project in mind, my yarn stash consists usually of individual skeins that I thought were too pretty to leave behind…. which then makes finding a project for them interesting haha.

That’s pretty much how I felt about this Serpentina yarn from Manos del Uruguay. I’ve previously eyed up their yarn when I’ve gone in to my LYS, each time leaving empty handed because I didn’t know what I wanted to make. But when a few skeins of this Serpentina showed up on the sale shelf I just couldn’t leave it behind… that texture completely grabbed my attention.

When I needed a quick project last March, I decided to finally knit up this Tamitik hat pattern from Very Shannon. By the way…. You definitely read that right! I knit this hat up last winter! It took me forever to finally get a pom pom for it that it hasn’t been worn until last weekend. I thought that the thick and thin yarn would be so interesting with the already existent texture of the pattern and I couldn’t wait how it would make that slip stitch look. I’m really pleased with how it turned out, it’s not overwhelming, but you can see certain spots on the hat that have a thicker slip stitch and certain spots that have a thinner one and it just gives it enough contrast for me.

I sized the hat for myself, and I had full intentions of keeping it for me. I love the colour of the yarn, with the bits grays and the burgundy. I believe the actual colourway is called Florence Nightingale. I found it was neutral enough for most of the time, but still had some pop of colours… But it turns out my girls are loving this hat, so much that they fight over it! I’ve even had a request by my oldest to knit up the exact same one again so that she doesn’t have fight her sister to get it anymore. I think the ‘selling feature’ on this hat was the faux fur pom pom. It took me forever to finally get one (just because it wasn’t that high on my priority list through the summer…) but once I put it on, gah!! I loved the hat that much more, and so did my girls. Now I’ll just have to see if I have enough yarn left to squeeze out a second hat for the youngest…. even though she likes that it’s slouchy on her.

I’m a tad annoyed that I lost my hat, but at the same time I love that they want me to make them hats.